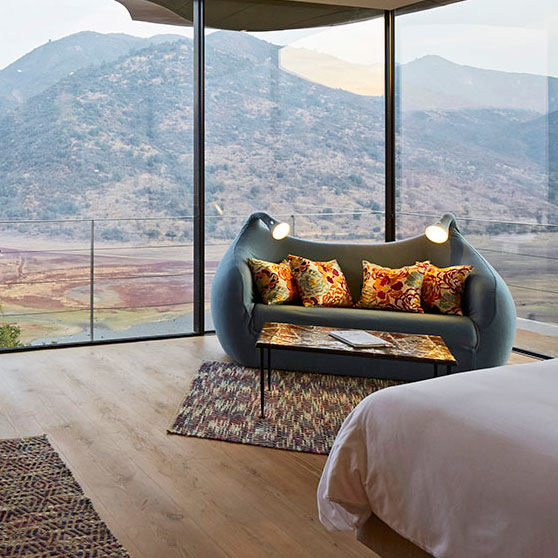 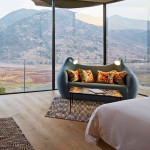 As Chilean wine grows more sophisticated, so does its wineries. A look at the country’s modern viticultural architecture.

“Overlooking the winery, the just-opened Viña VIK Retreat skims the hillside like a cloud of silver and gold. Bronzed titanium forms its undulating roof – an ode to Frank Gehry and Richard Serra, whom the Viks referenced when they dreamt up the hotel and commissioned architect Marcelo Daglio to realize it. If such examples of breathtaking modern architecture were once unprecedented in rural Chile, they are now becoming de rigueur.”